On 16th Feb, a group of very excited Kolkata bloggers that included me, Poorna, Shikha, Shayoni, Swarnali and Deepa boarded an Indigo evening flight to Pune. The reason? To visit the Four Seasons Wines Vineyard at Roti, Baramati, a two hour drive from Pune. This trip was one that all of us were looking forward to ever since we received the invite from Four Seasons. Many whatssap messages were exchanged inquiring about the weather at Baramati, what kind of clothes to take, what we would do out there, when we would meet at the airport etc etc. It was the first time all of us were travelling together and the excitement level was quite high. The flight to Pune was an uneventful one spent half sleeping, half reading and half chatting and when we landed it was 9.30 pm. Four Seasons had already arranged for two Innovas to take us to the vineyard and after we were joined by the 6thblogger from Bangalore, Animesh, the group set off for Baramati. 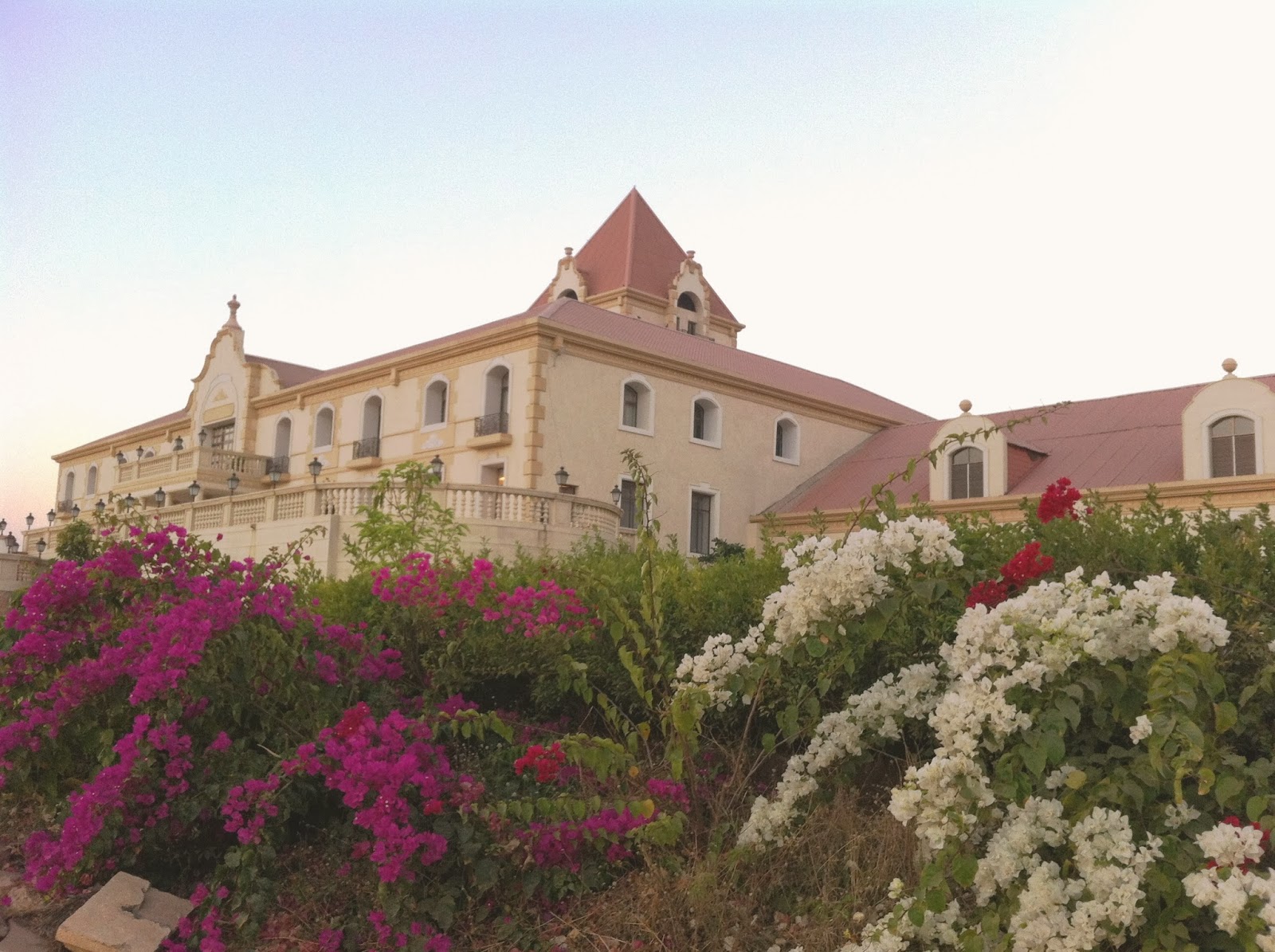 We reached around midnight and were completely awestruck by the grandeur of the place. The chateau on location boasts 14 rooms, a swimming pool, a spa and a party deck and terrace which can hold a 1000 people for anyone looking for an interesting holiday. We were given a warm welcome by Anu of Four Seasons and shown to our rooms. Before retiring, we planned to meet at 6 am the next day to view the sunrise, explore the vineyard and of course take a lot of pictures! 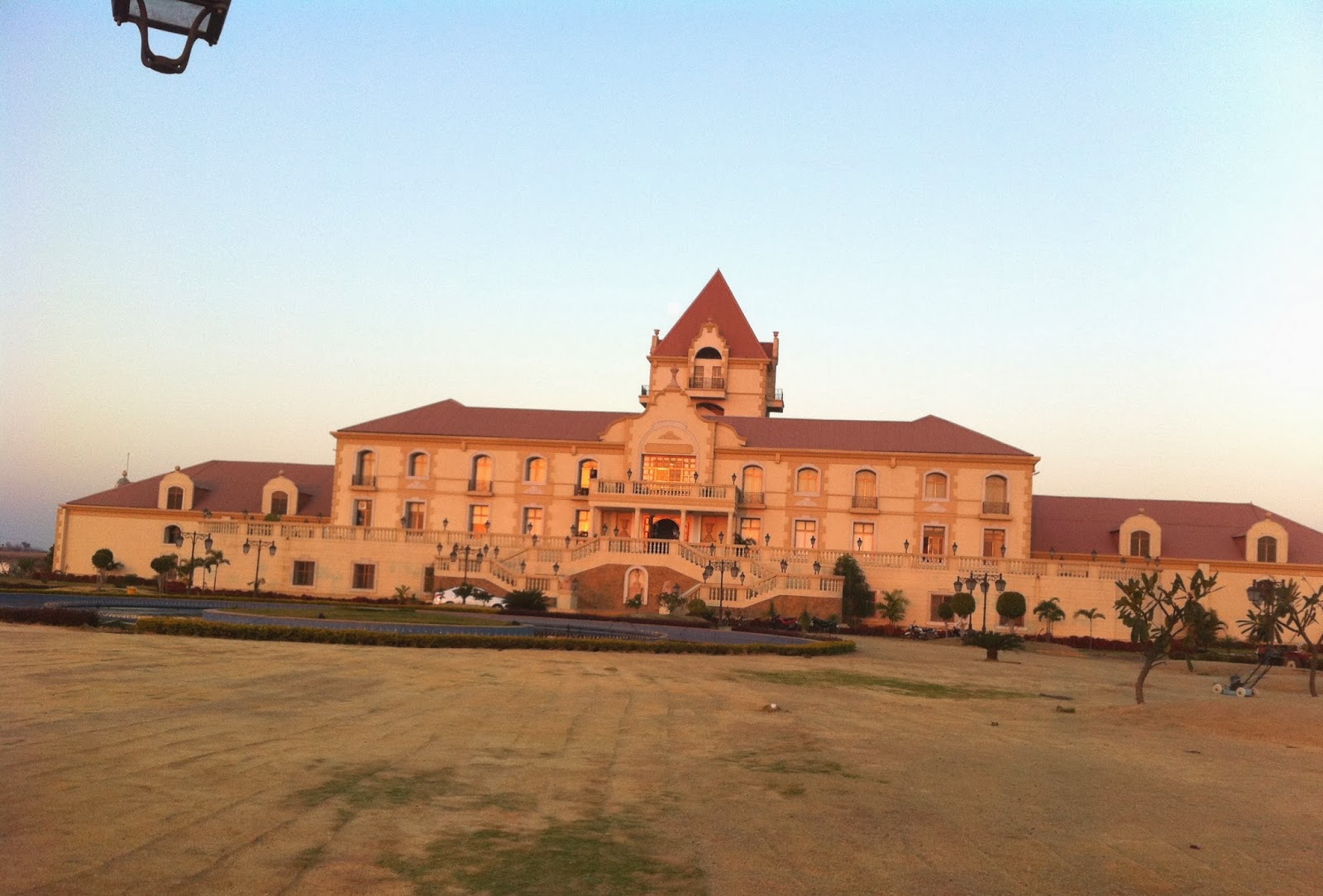 The Four Seasons Vineyard, owned by the UB Group is spread across 55 acres of land. The morning stroll around the vineyard and its adjoining forest area was wonderful. We were joined by Mr Bala, the GM who is a treasure trove of everything related to wines. He has been in the industry for nearly 20 years and all that we got to know about wines at the end of the tour was primarily due to him. 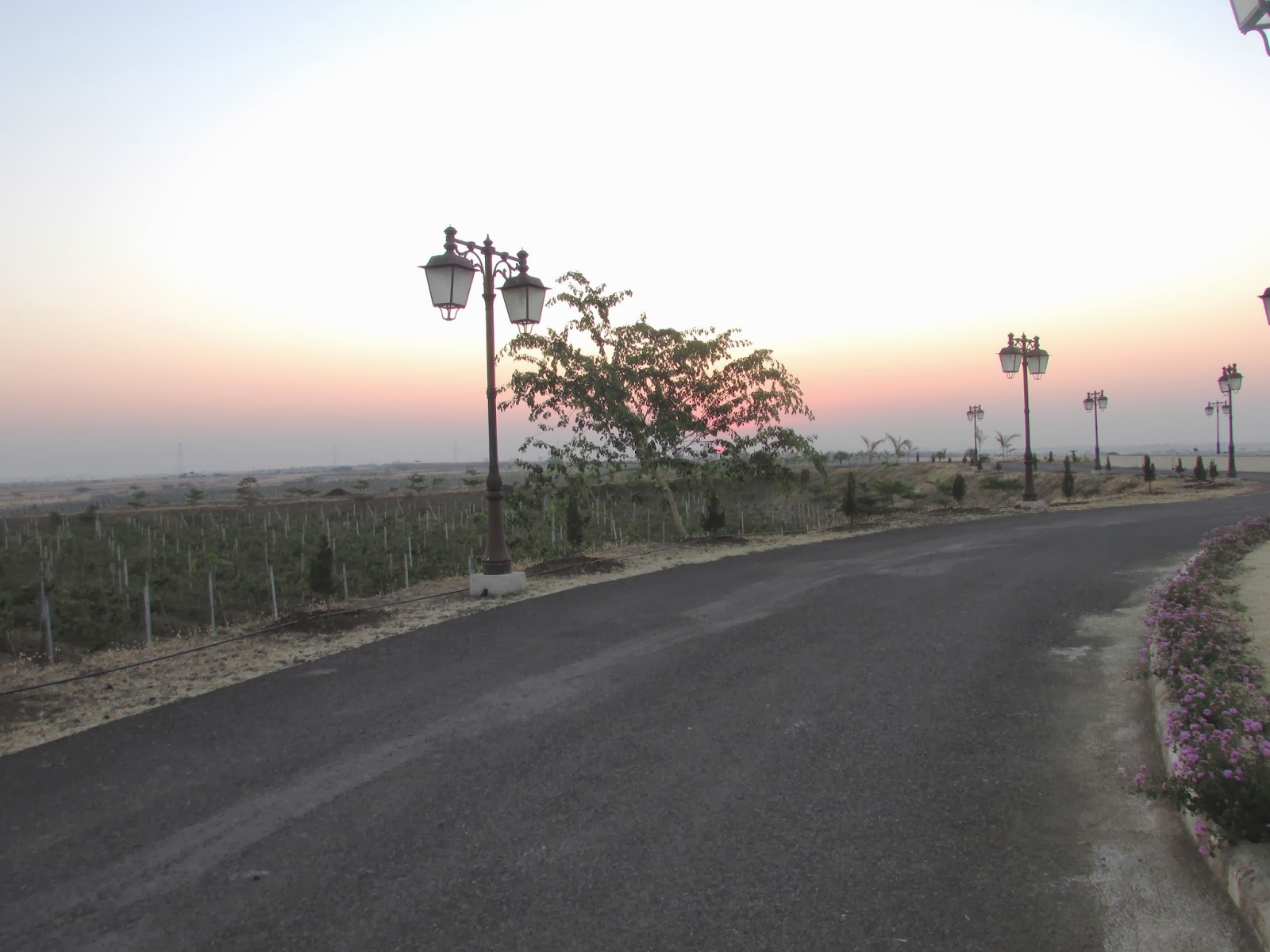 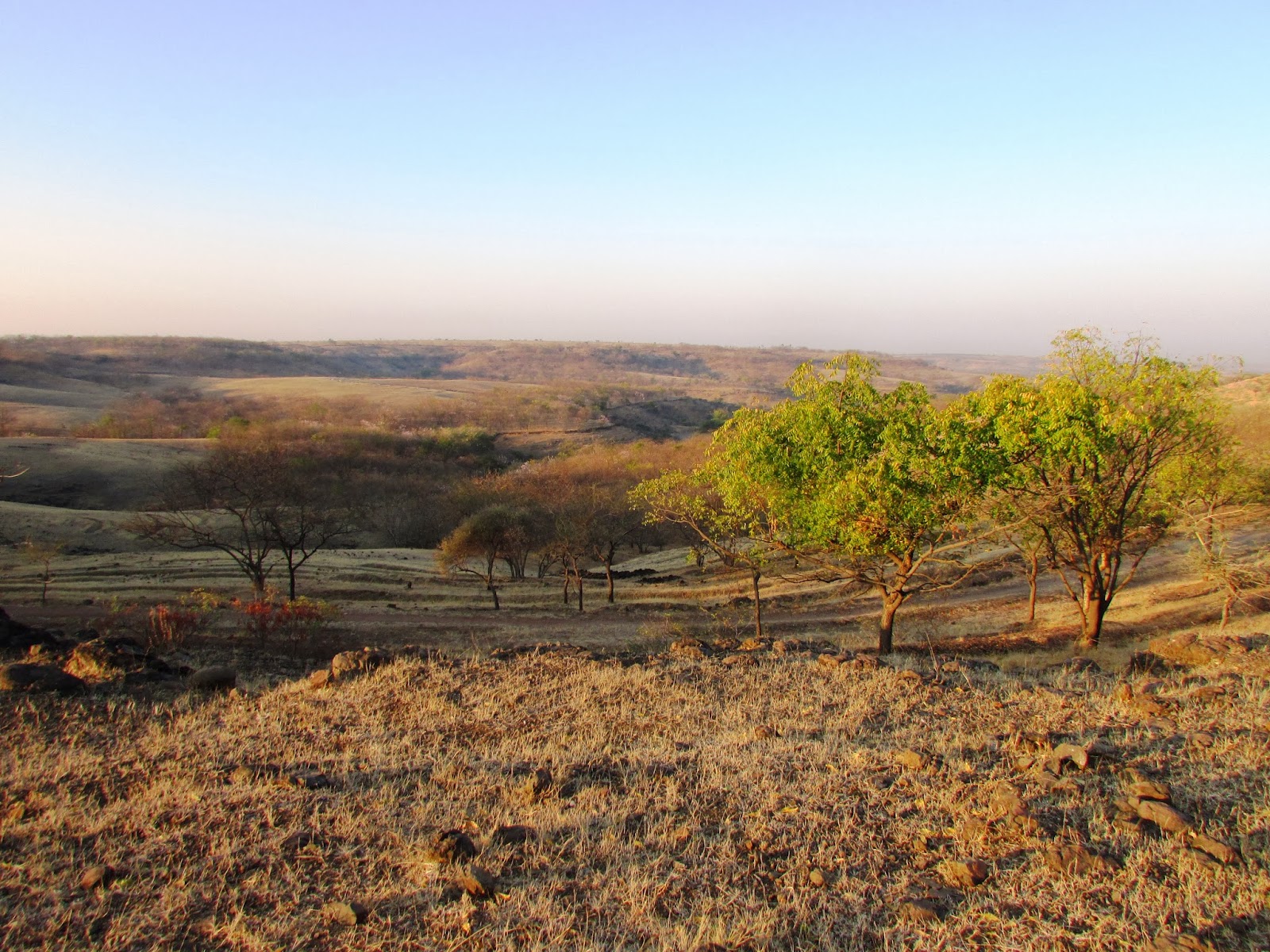 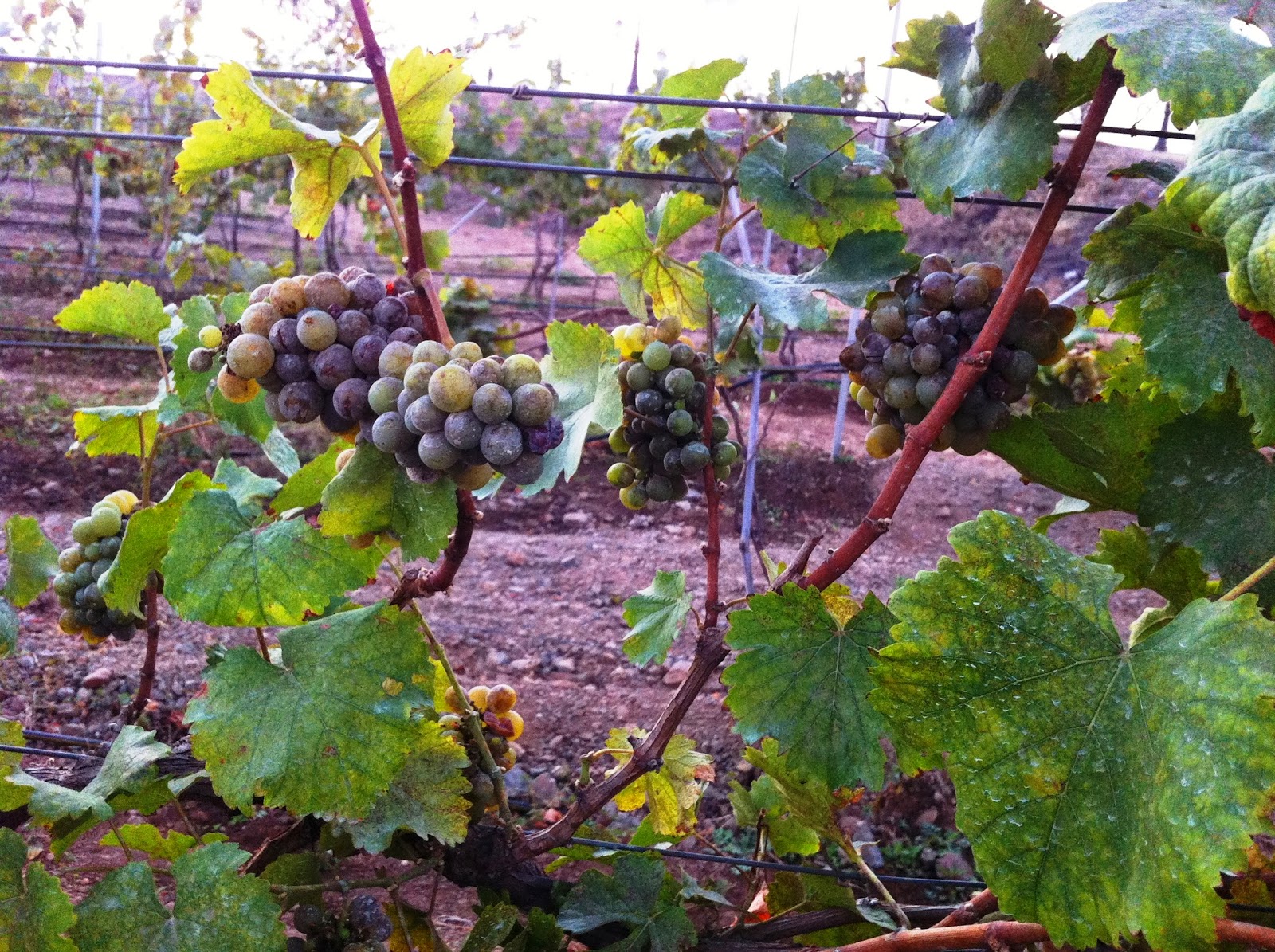 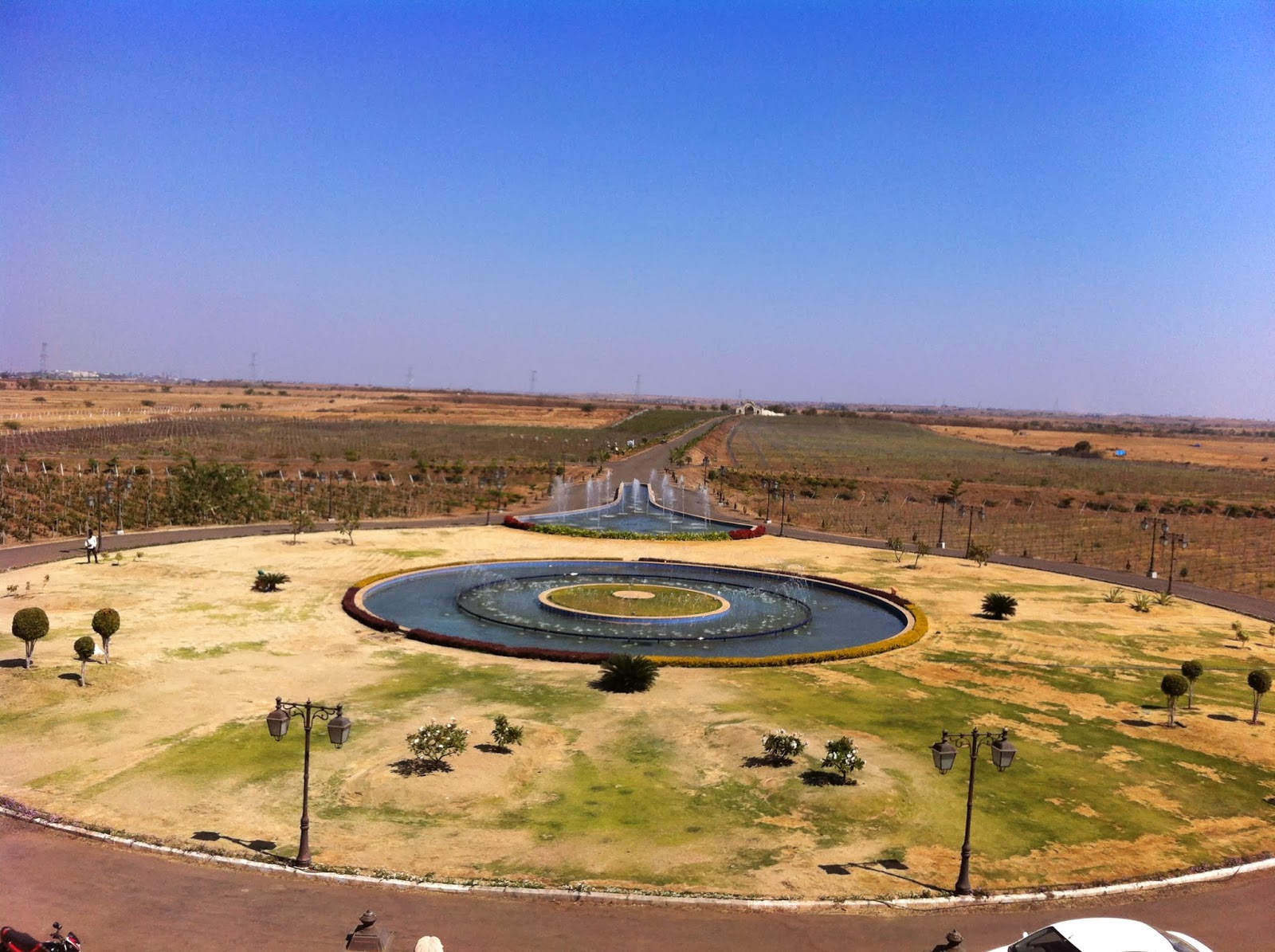 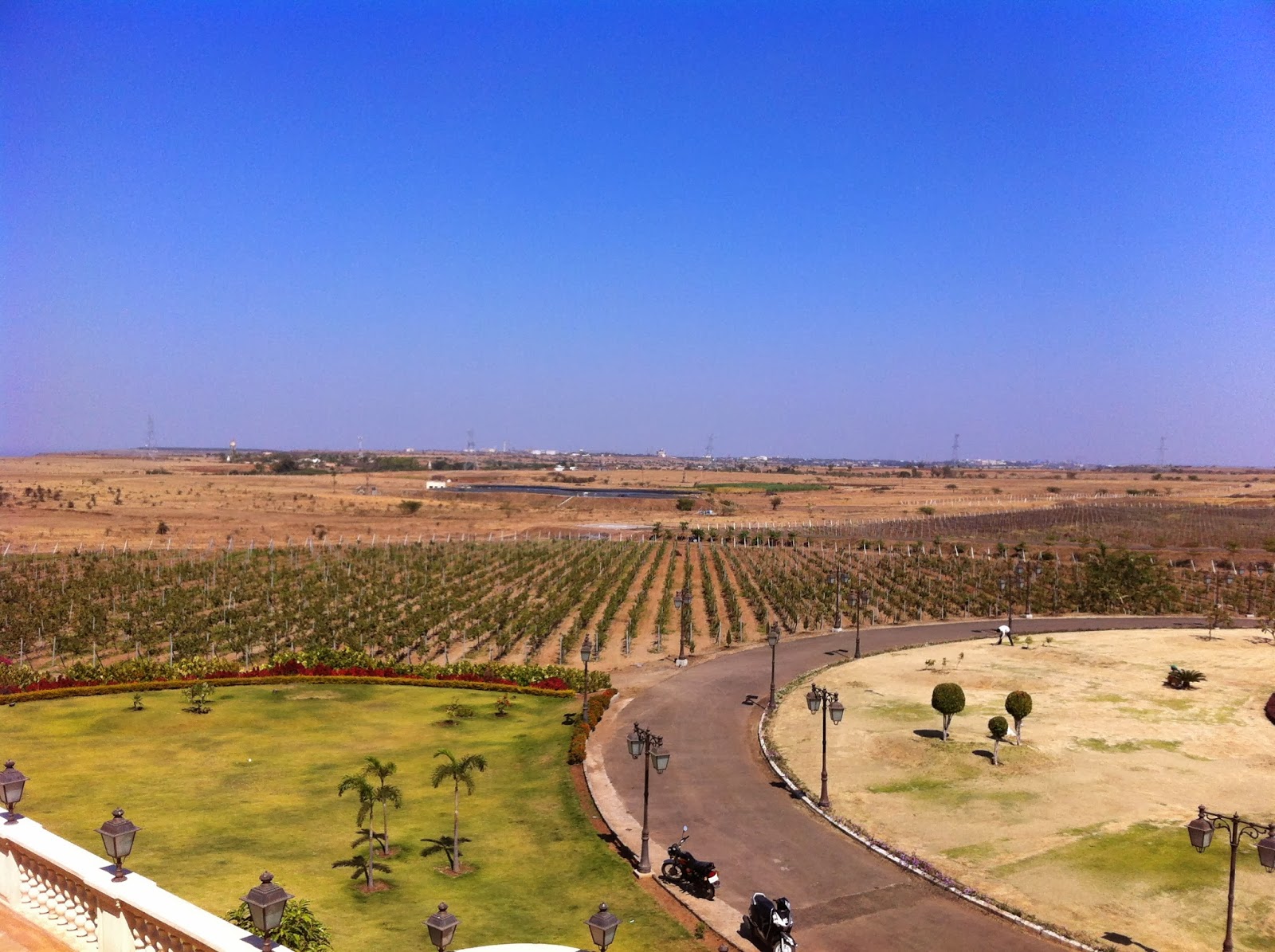 After a lovely breakfast at the restaurant that included danish pastries, muffins, cheese omelette and medu vada we started off on a guided tour of the winery with Mr Bala. From sorting of the grapes to the fermenting process, to bottling and labeling, we saw everything. And obviously, each step of the process included tasting the wine from when it starts off as pure grape juice, to when yeast is added, when it is a few weeks old, a few months old and finally straight out of the barrel. We tasted them all! The best wine that I had was the award winning Ritu which means ‘season’ in Sanskrit. Ritu is not yet available in India and is their export quality wine styled to suit the international palette. It is made from French varieties of grapes grown in Baramati and is currently exported to the UK, France and Japan. Four Seasons does plan to introduce this gourmet wine to the Indian market in the near future and I hope they do it soon because the quality is excellent specially the premium Barrique reserve wines. 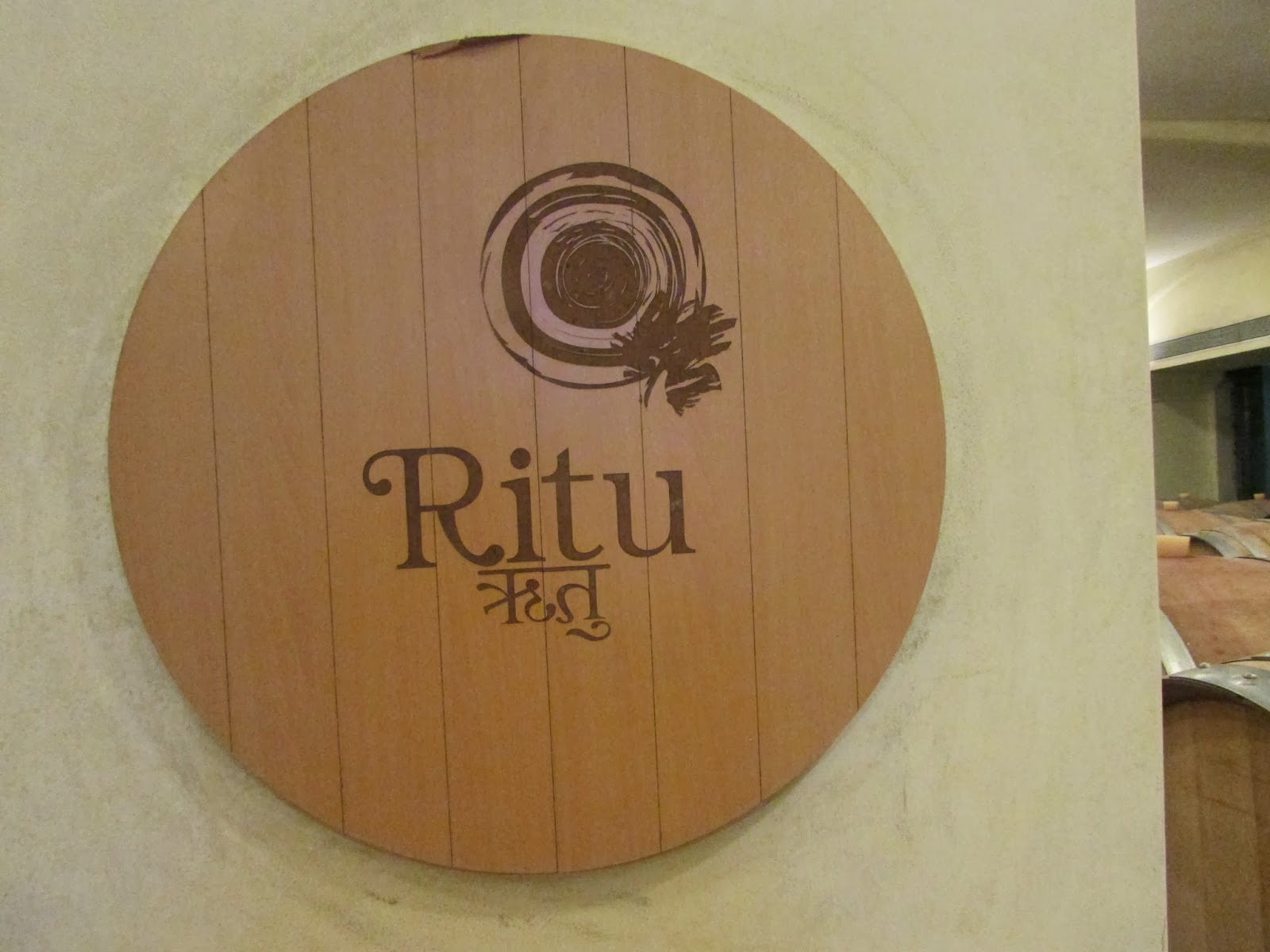 After the tour, we all headed for a wine and food pairing lunch specially created for us by chef  Hitesh of the Hyatt Bangalore. It was fusion food, delicious, well planned and very well paired with the various Four Seasons Wines. 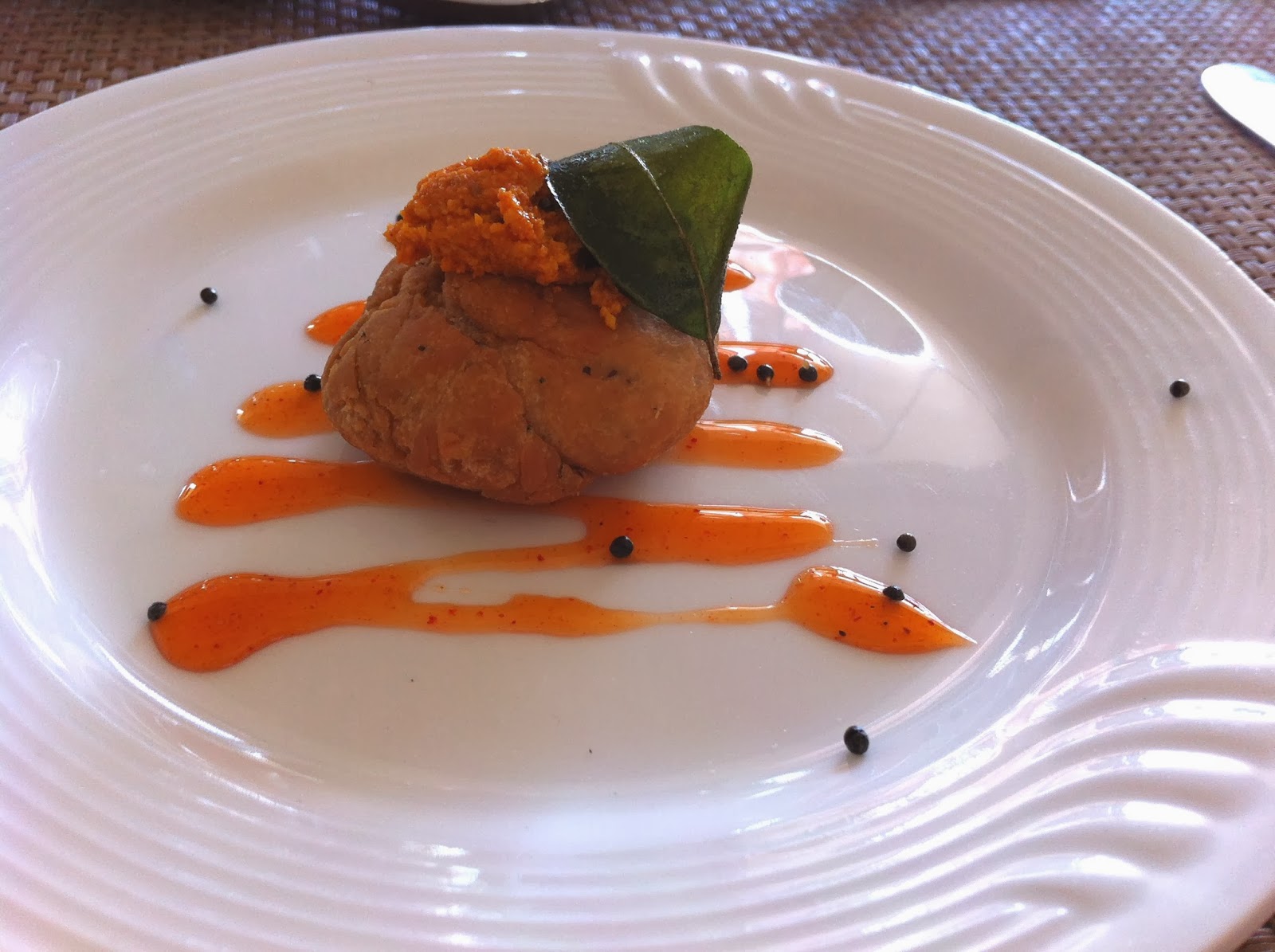 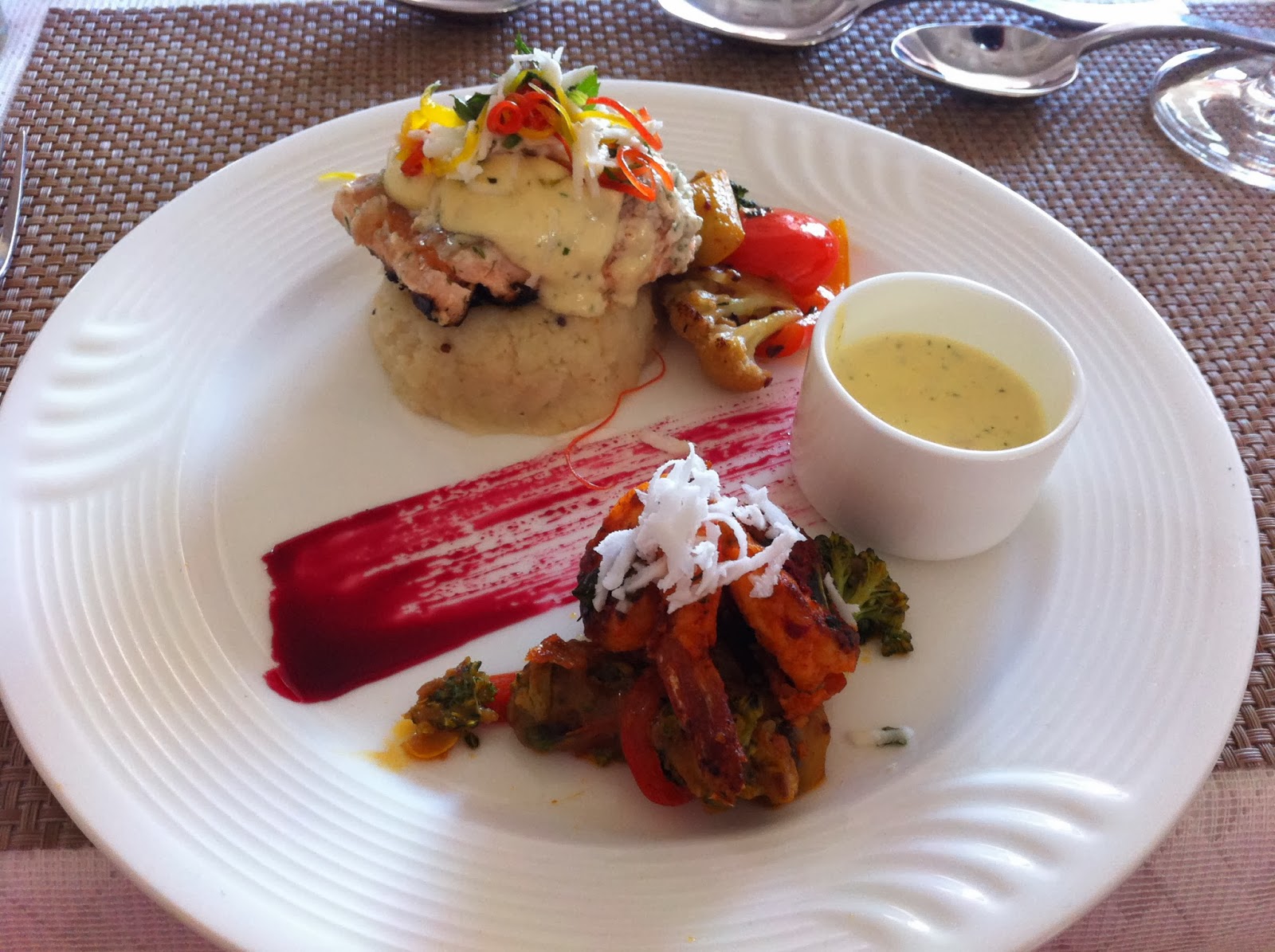 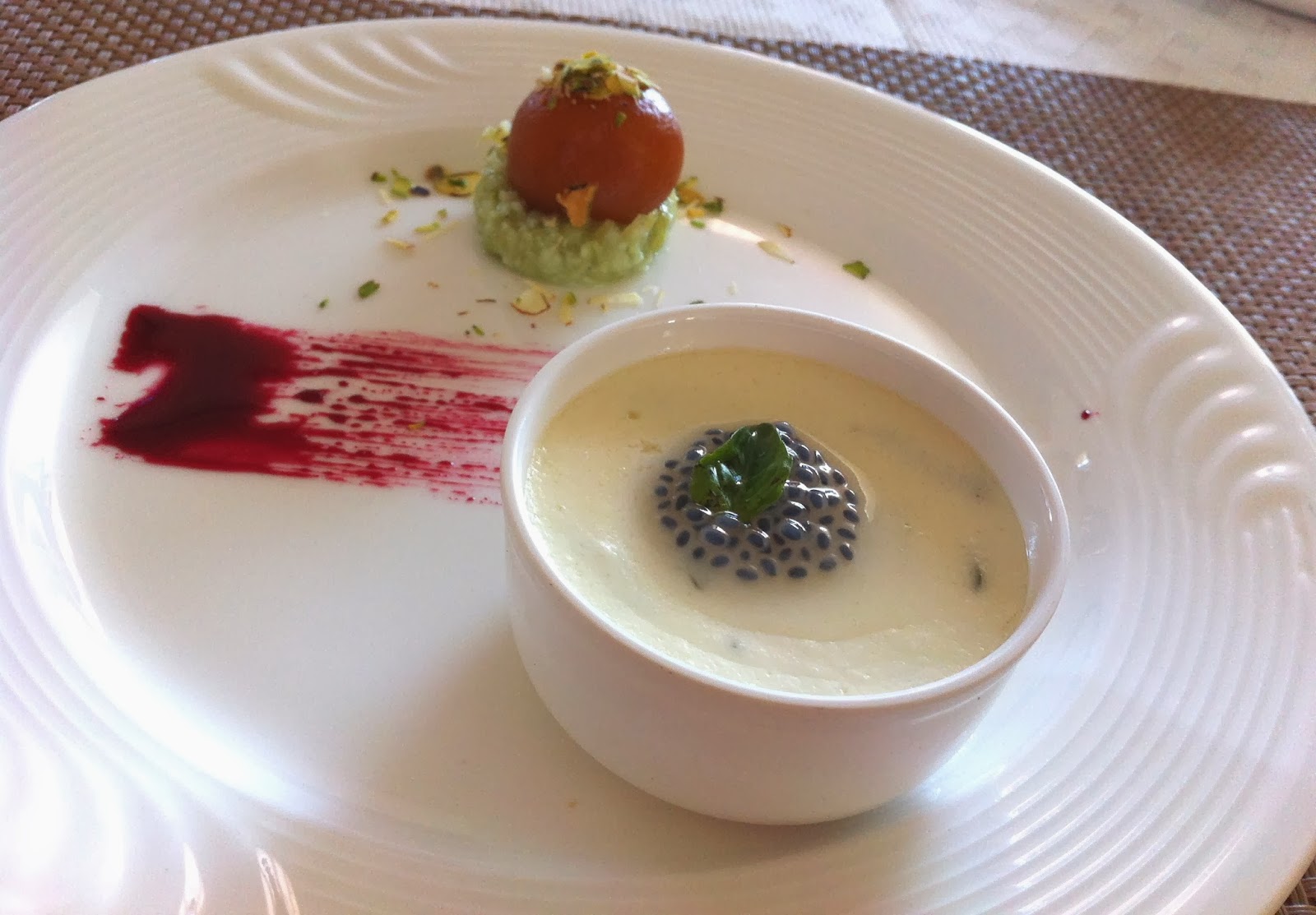 After a quick siesta, it was again time for more food and wine. A barbeque was set up by the swimming pool and to make the evening even more magical, two musicians had come down from Mumbai to play for us. It was an evening that I will not forget for a very long time. The ambience was so beautiful. A clear moonlit sky with thousands of stars twinkling above. The sound of the cello, company of friends, excellent wine and delicious food. I just did not want that night to end but we all had to catch an early morning flight back home so reluctantly had to come back to our rooms. 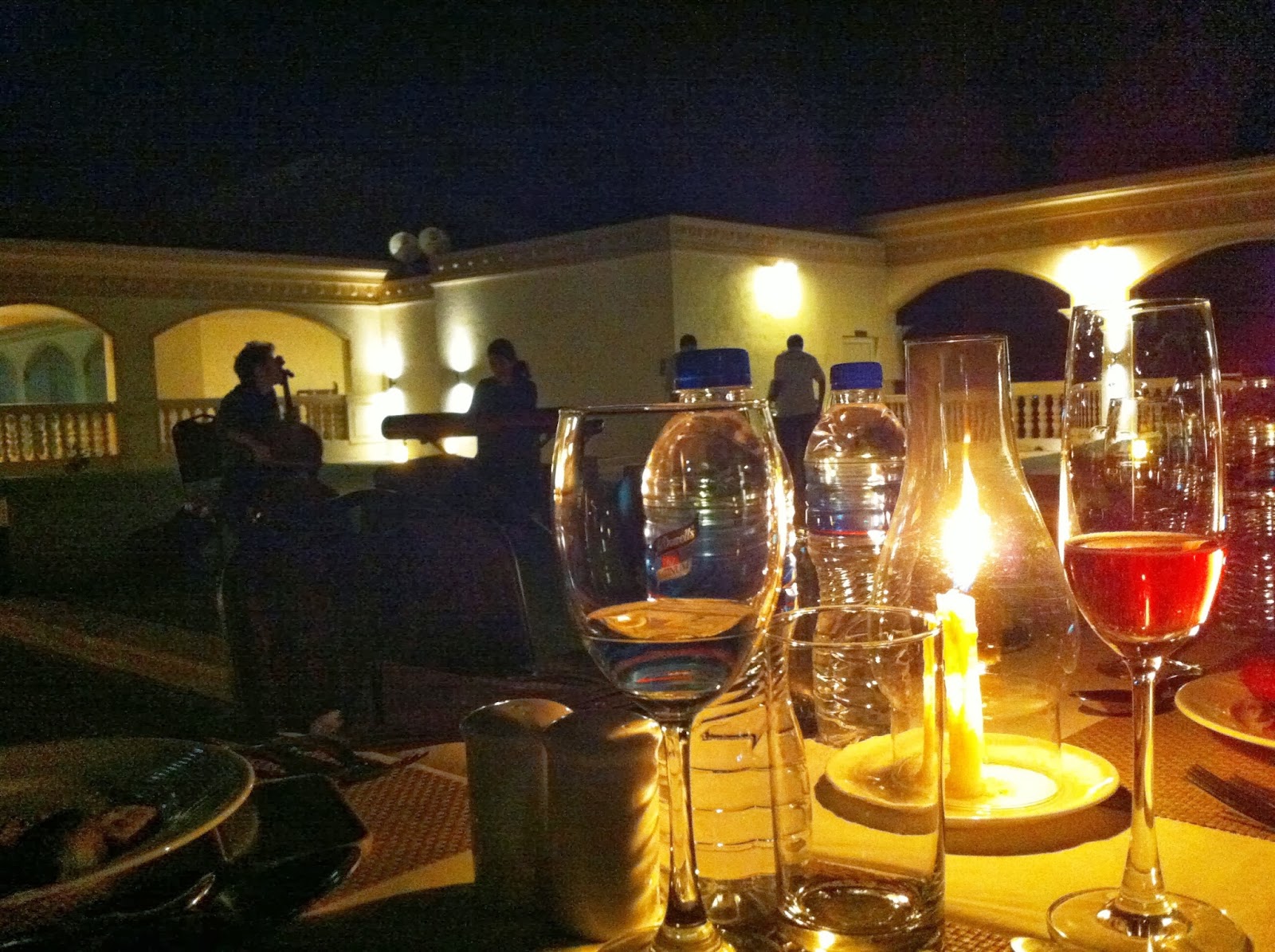 We left the vineyard at 7 am the next morning and it was with a heavy heart that we waved goodbye to Mr Bala, Anu, everyone at the vineyard and the Ginger Claps team. Four Seasons was the perfect host and I can’t them enough for inviting me. I have come back with very fond memories of those two days and definitely with much more knowledge and appreciation of wine. I sincerely hope that the vineyard is open to the public soon. It is too beautiful a place to not share with everyone!