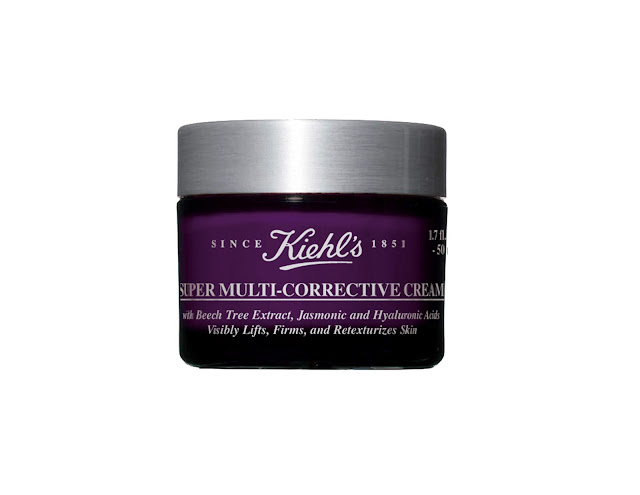 With Kiehl‘s cutting edge formula and proprietary tri-active technology, Kiehl’s Super Multi-Corrective Cream is clinically demonstrated to simultaneously lift, firm, visibly redefine skin contours and re-texturize skin within 2 weeks with double efficacy shown within 4 weeks.
Kiehl‘s chemists focused on three ingredients that until now have never been combined in a cream:
Jasmonic Acid: A highly effective yet very mild, active known for its ability to support epidermal renewal and help to visibly correct wrinkles, fine lines, loss of suppleness and elasticity, while gently smoothing and retexturizing the skin‘s surface.
Beech Tree Extract: Known for its ability to improve skin firmness and visibly improve plumpness and density. Beech Tree Extract is axylose based molecule, a sugar found abundantly in beech trees and known to stimulate the production of glycosaminoglycans (GAGs)2.
Fragmented Hyaluronic Acid: Known to reinforce skin‘s natural short and long term moisturization. Additionally, it is known to improve skin elasticity while reducing skin roughness and reducing the appearance of wrinkles. 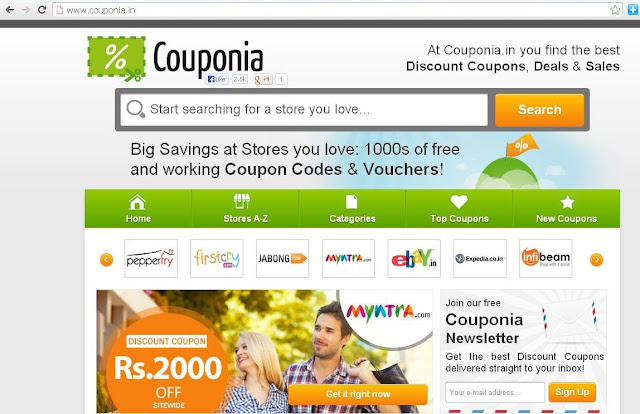 I am a huge online shopper and everyday spend at least an hour going through different websites to find the best bargains and deals available in makeup, clothes, shoes and basically everything. Till now we had websites that offer deals on products but now there are special websites that offer coupons and vouchers to help get more discounts and one such website is Couponia.in.

Interestingly, I also learnt that Couponia has an exclusive tie-up with the finest online stores. Through the portal, Couponia brings to its users discounts and bargains from stores and outlets across the country through personalized vouchers, cash coupons and discount offers. You can get access to unique voucher codes which you can further use at the fashion portals of your preference.

These coupons can be obtained and used in an easy process. Just visit Couponia and search for the store you are interested in. There you will find a list of all the coupons available for that store. Just pick up that specific coupon code and move on to the portal to make your purchase. As you go through the shopping process, you will be asked for the coupon code at the checkout stage. Simply enter the coupon code at this point to avail the discount. The portal is really consumer-friendly and you don’t even have to register to procure the coupons. However, if you want to remain updated on the latest offers, all you have to do is to sign up for their online newsletters and receive the latest coupons straight into your inbox.

Do you use any site that offers free coupons for shopping online?
When I got to know about Sleek Make-Up’s newest lip offering, the Matte Me Lip creams, my heart literally skipped a beat. Why? Coz I am a huuuge fan of matte lipsticks, the shades looked stunning and the UK bloggers were raving about this product. I was specially drawn to two colors – Fandango Purple and Rioja Red and was desperate to lay my hands on them. The only hitch in the entire acquiring process? Sleek Makeup hates my address and I never get anything delivered. I’ve lost three parcels since last year so even though I was desperate, I decided control my craving and instead vent my anger and frustration to the bestie who lives in London. That was probably the best thing I did coz my sweetie bought Fandango Purple and sent it to me. It did take 1.5 months to reach (!!) and I had absolutely no clue that she sent it but you can imagine the expression on my face when I opened the package :D.. 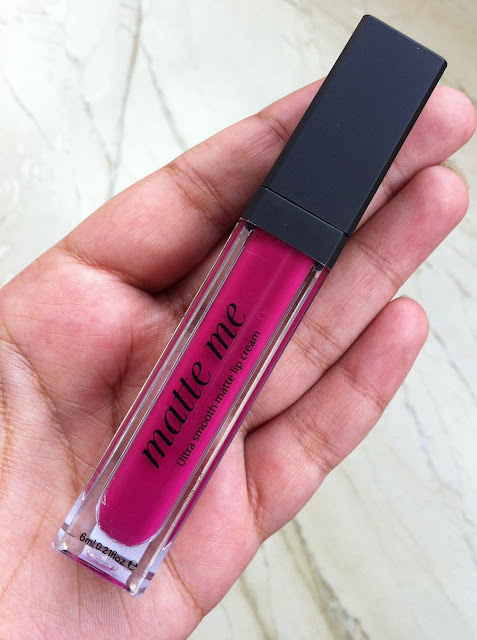 The Matte Me lip creams are basically liquid lipsticks that dry out to a matte finish. There are 6 shades in this range and most of them are very bright colors. The packaging is a typical gloss style tube with a doe-foot applicator that does the job of spreading the cream evenly on the lips.Fandango Purple is a bright purple pink/fuchsia color that is beautiful and unique. 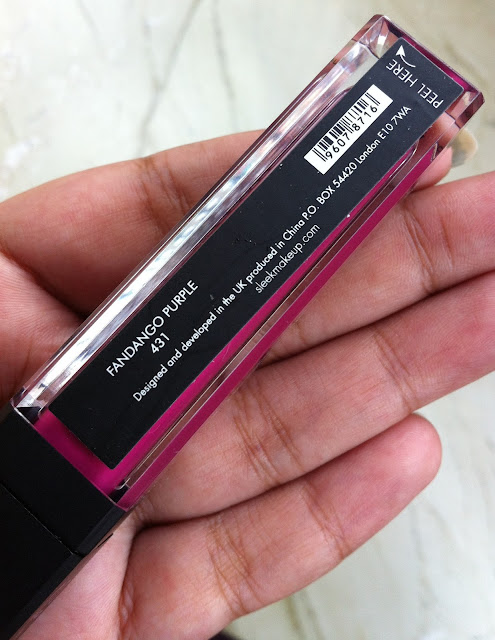 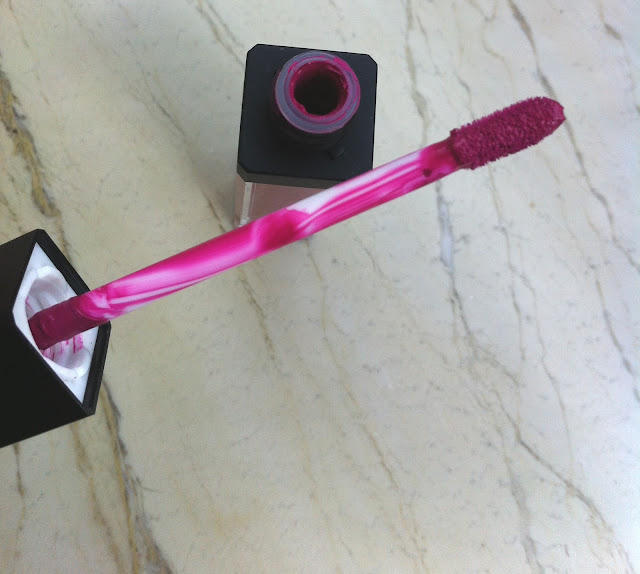 The texture of the lip cream is very light and smooth and it applies evenly. It feels weightless and the color payoff is super. One swipe is basically all you need for luscious lips. The cream dries out to a matte finish pretty fast and then it practically does not budge for 3-4 hrs without flaking, caking or smudging (without eating or drinking). Else, it stays for about 5 hrs and then fades away leaving a pretty pink stain. The first time I used this on un- prepped lips and it felt really dry. The next time, I used a lip balm, blotted it and then applied Fandango Purple and it was fine. You do need a balm with this unless you want your pout to look dry and parched.

Here’s how it looks on me. 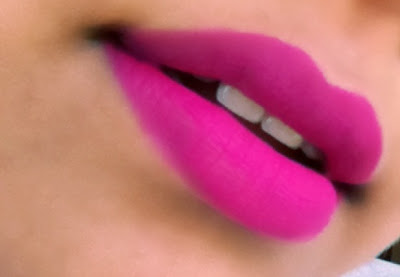 If you are looking for a matte lip color, Sleek Makeup’s Matte Me Lip cream is by far one of the best mattes to try. Awesome pigmentation, beautiful bright color and really long lasting. You can buy them from Sleek’s website for $6.99 exclusive of $2 shipping cost. I read somewhere that this range is Limited Edition so you might want to hurry up. Now I just pray Rioja Red reaches me soon!

Have you tried any of Sleek’s Matte Me lip creams? 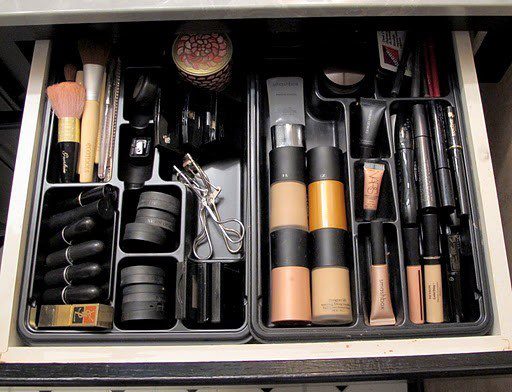 1) Wash your brushes– Brushes are prime breeding ground for bacteria. If you wash  your face regularly, makeup residue from applying makeup ends up on your brushes. You don’t need to wash them daily but once per week put all your brushes in a large jar or glass and fill it with water. Add 1 tsp. of baby shampoo, give it a good stir and let the brushes sit all day in the jar. Then rinse them off and dry them really well with a towel to make sure to get most of the water out. Leave them laying on a paper towel or napkin overnight to finish drying. This keeps your face from breaking out and keeps your makeup brushes lasting longer.2) Wash your make up containers: Your makeup can flake off colored dust particles onto other products, creating a dirty look to your containers. Not only is this unsanitary but also messy. Once a month, wipe off all your makeup containers on the outside with a hot rag soaked in dish liquid or baby shampoo. Dry them off and they’re like new.3) Replace mascara every 3 months: Mascara is one of the quickest products to dry out and it is one of the worst for breeding bacteria. Replace your mascara once every three months. Remember to stick with waterproof if you’re worried about smudges.4) Update often: Go through your kit once every 6 months. Get rid of the stuff which needs to be changed or is not durable. Along with updating be sure you have colors that fit in with the season.5) Keep them dry: Make sure you keep your make up kit dry. Moisture kills make up. Also keep them away from light and heat which can cause serious damage.

Revlon has been launching new products for us pretty frequently and one of them is the PhotoReady Kajal Intense Eyeliner + Brightener. I’m a huge fan of colored eye pencils and anything new that comes out in the market in this category, 90% chance I’m gonna buy it. So here I am with my thoughts on the shade Emerald/Empire. All of you who read Temptalia probably saw that Christine rated this product D+. After reading her review, I was actually in two minds whether to buy or not. But then I swatched the kajal at the revlon counter and absolutely loved the dark rich emerald color. I was also on the lookout for a nude eye pencil and since I was getting both colors in one pencil, bought it. Do I agree with Christine’s rating now that I’ve tried Emerald/Empire? Read on to find out. 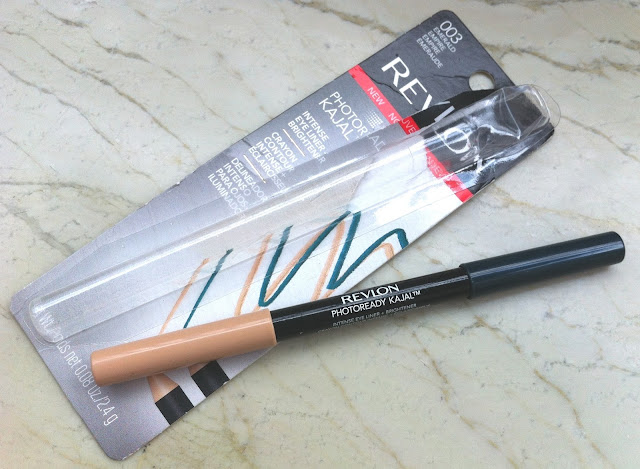 What is the Revlon PhotoReady Kajal Intense Eyeliner + Brightener?

It is a dual-ended eyeliner with a bolder, deeper shade on one end for lining and defining, and a brightening shade on the opposite end to open up the eyes. Revlon says both shades can be applied to the inner rim of the eye, should last all-day long and have a creamy formula that glides on smoothly.
About the shades Emerald & Empire

My thoughts on both:
Emerald – this is a gorgeous color that is dark, deep, rich and looks lovely. The pigmentation is great and there is super color payoff.  But I do find that it’s slightly hard so does not really glide on too smoothly. I wear Emerald both on the lids as well as water line and there is no irritation. Christine’s major issue with these shades is the staying power specially with Empire. I have no issues with Emerald’s staying power though. On me, it lasts for nearly six hours without smudging and I love it. Helps that I don’t have oily lids but I think this will last on everyone without any smudging or fading problem.
Empire – This is the problematic one. No complaints with the color as it looks wonderful on the water line. A nude color looks much better than white which can be too stark and this color is perfect. No complaints about the texture and pigmentation as well. Empire is creamier and does glide on smoothly. The only problem is that it has bad staying power, at least on me. When I apply, the color pay off is great but after 30 mins or so it fades away and I can hardly see anything on the eyes. And I don’t have a slippery waterline! If only Revlon had cracked the staying power of this shade, the pencil would have been an absolute must have!.
Now coming to the rating. Will I give the same D+ as Christine of Temptalia? No, I won’t because one of the shades has really worked for me. I love Emerald and would recommend this color to everyone who likes using colored liner. Emerald for me is an A+. On the other hand, Empire is rather disappointing. I had such high expectations from this nude pencil but the fading away bit is a major put off. Empire on it’s own is a D. Also, the pencil needs to be sharpened which equals to product loss. Keeping all these in mind, I’ll give the Revlon Emerald/Empire PhotoReady Kajal a C.
Should you buy Emerald/Empire? Yes, if you like emerald/teal on your eyes and don’t mind spending Rs 395 to get value out of only one shade mostly. No, if you think Rs 395 is too much for a pencil that is only worth one shade.
Have you tried Emerald/Empire or any other shade of the new Revlon Emerald/Empire PhotoReady Kajal?